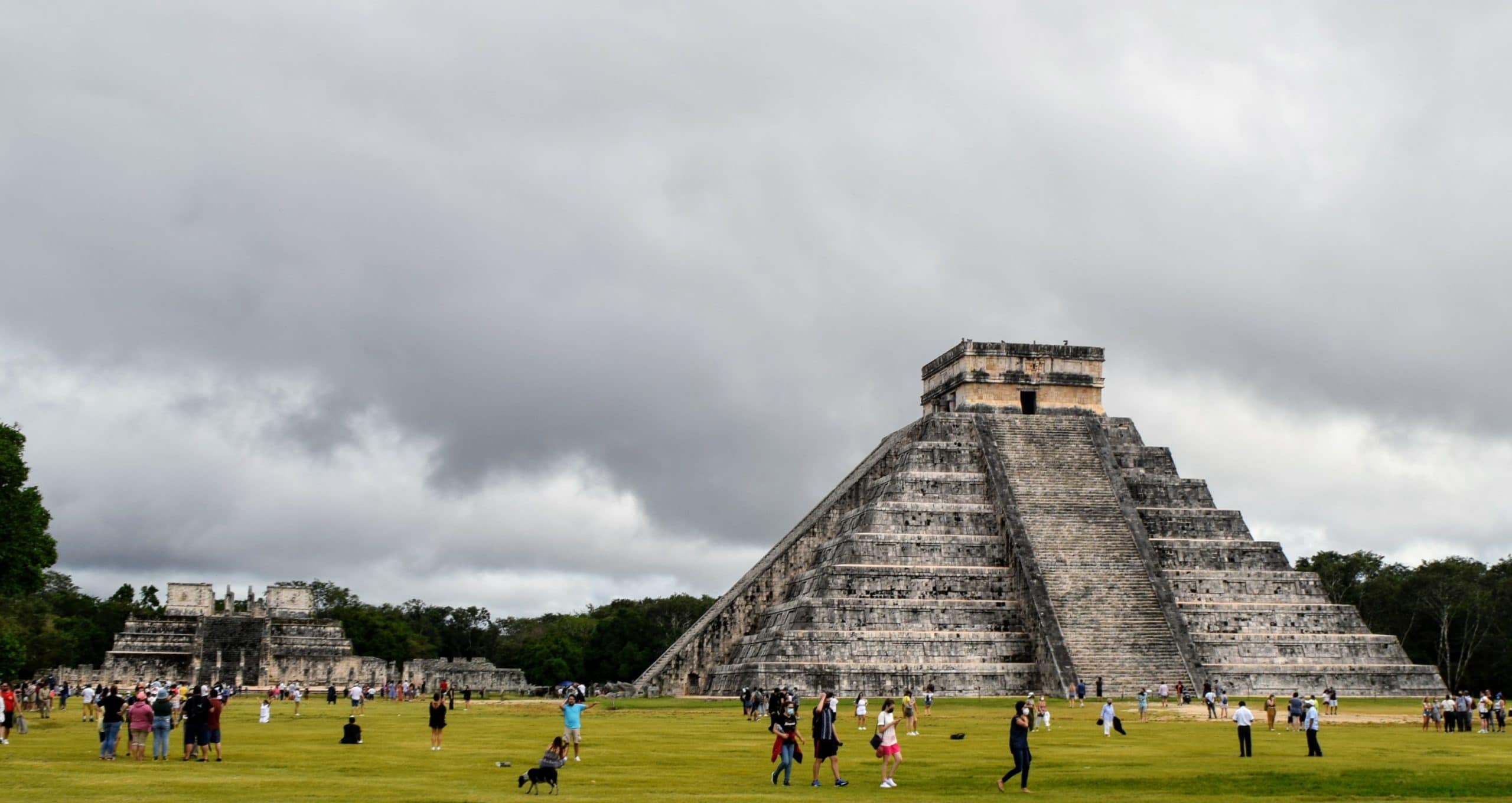 Most cities has direct flights to Mexico. The largest airports is in Mexico City. Cancun Airport is the biggest at the Yucatan peninsula.

From USA you can always cross the border by land. Having a passport card gives you access to the designated Ready Lanes. This usually saves you some time.

As a tourist, you don’t need a visa. You can stay up to 180 days without application. All you need is to fill out an immigration form. You need to have this form when entering and leaving Mexico. If you lose the application form, you can get a new one at any international airport.

Traffic in Central America can be more chaotic than what you’re used to. Getting around tend to be more complicated than in USA and European countries.

Buses takes you most places. Some stations are more chaotic than others. Make sure you have some extra time, in case of lines, delays or other unexpected events. If you know some Spanish, you will generally feel a bit safer when getting around. There’s not a lot of trains i Mexico.

If you rent a car, it’s important to be observant of the local rules. Many find hard to navigate the chaotic streets in the bigger cities. Driving during the night is not recommended.

There’s a lot of different precautions when it comes to Taxis. Generally you should not jump into any car who says they’ll take you places for money. We recommend asking the place you stay, to arrange a car for you.

Get an updated overview of recommended vaccines at CDC. CDC will also help you with other health recommendations for travelers.

Avoid mosquito bites to be safe from Dengue fever and Zika- Virus. A Pregnant woman can spread Zika to her unborn baby. Think twice if you want to travel while pregnant.

Check with your insurance agency which hospitals they recommend in the area you’re planning to stay. The health clinics largely vary in quality and capacity.

You should not drink water straight from the tap. If you have open wounds, make sure to cover them well. Stray dogs are not uncommon in Mexico. Do not pet them, and if bitten, hurry to a hospital to get treatment.

If you head into the jungle, there are several special precautions to take. Especially when it comes to malaria.

Between June and November, Mexico is prone to tropical storms. If you travel during this period, make sure you know the risk is in your area. Get to know how to behave if you get get caught in one.

The drug cartels dominate several areas in Mexico. They mostly fight between themselves and the government. Tourists are rarely attacked. However, there are places where the cartels are more prevalent, this affects the communities.

Earthquakes are not unusual. Some areas are usually safe, others less so. Oaxaca, Guerroro, Mexico City and sorrounding areas has experienced several quakes the past years.

Mexicos most popular destinations include Tulum, Playa de Carmen, Cancun and Mexico City. Yucatan is a exciting peninsula on many levels. It stretches into the Atlantic ocean, and you’ll find many of the most beautiful beaches here.

Mexico city is one of the world’s largest metropolis in the world. Previously being the area of the mighty Aztecs. It has some of the worlds best museums. The cultural experiences are many and not far between.

Hotel Zone is the area where most of the action is happening. It’s situated at a beach stretching from the mainland, to the sea.

Crocodiles has become a problem in Cancun. Every year there are incidents where they attack tourists The beasts never stop growing, so when they’ve reached a certain size, they get shot.

Playa del Carmen, sometimes called just “playa”, is situated between Cancun and Tulum. The main street is packed with bars and nightclubs. Playa is smaller than Cancun, but more busy than Tulum.

Tulum has the nicest beach, compared to Cancun and Playa del Carmen. The place has developed a lot the past years. Bloggers and celebs frequently travel to this funky, fun and festive area.

Before the Conquistadors conquested Mexico, the native cultures where many and quite advanced. Next to the mighty Aztecs, the Maya- culture where one of the biggest. They had advanced language, architecture and even observatories to map the stars.

There are several Maya- ruins all over Yucatan. The most famous being Chichén-Itzá. It is on the list over the new seven wonders of the world.

With a population of more than 9 million, Mexico city is one of the largest in the world. The city is on a plateau 7,350 ft. above sea level. Therefore it does not tend to become uncomfortably warm. April, May and June are usually the hottest months with degrees around 70 to 80 °F (20-30°C).

The Aztecs called the city; Tenochtitlan. Historians assumes there where between 500’000 and 1 million inhabitants at the height of their civilization (1325 to 1521). That’s far greater than any European city during that period.

In 1978, while constructing underground electrical cables, workers dug up a huge archaeological discovery. They found remains of the main temple; “Templo Mayor”. This started a large scale operation to preserve many of the ancient ruins. The area now called “Centro Histórico” is on the list of UNESCO World Heritage sites.

With 170 museums, more than 100 art galleries and about 30 concert halls, there’s something for everyone.

National Museum of Anthropology is the largest and most visited museum in Mexico. with 23 rooms and an area of  857,890 square feet, it is truly worth a visit. Yearly more than 2 million visitors come to learn about the rich history of Mexico.

Mexico City was also the home to the world famous artists Frida Kahlo and her husband Diego Rivera. They lived in the area called Coyoacán. Here you can visit several of their houses, art collections and studios. Their friend and revolutionary; Leon Trotsky also lived here during his asylum years. In 1940 he was assassinated with an ice axe in his home.

Mexico is a large country. You find jungle, mountains, beaches and deserts. Charming towns and villages are many and not far between. The mexican food is legendary. Many find their most authentic meals at some remote place at the countryside.

If you’re planning on travelling to more remote places, you wont regret if you learn some Spanish first. English is more widely used in the cities. The older population usually don’t understand much English.

Mexico is generally cheaper than the United States or Europe. Prices vary greatly according to season and area. During spring break, for example, hotels at Cancun tend to double their prices.

Being a huge country with a lot of tourists, there are a loads places to stay. Accommodation range from luxurious retreats to cheap hostels.

If you plan on using AirBnb, be extra certain the host has several good reviews. For those traveling in less safe areas, we recommend staying at well established hotels.

Mexico is the second largest country in Latin America (Brazil being the largest). If you plan on visiting more countries in the area, Guetemala, El Salvador Honduras, Nicaragua and Costa Rica are closeby. Finding more tranquilo, less busy beaches in Costa Rica, is our top recommendation. For the best surf spot, give Santa Teresa a visit. 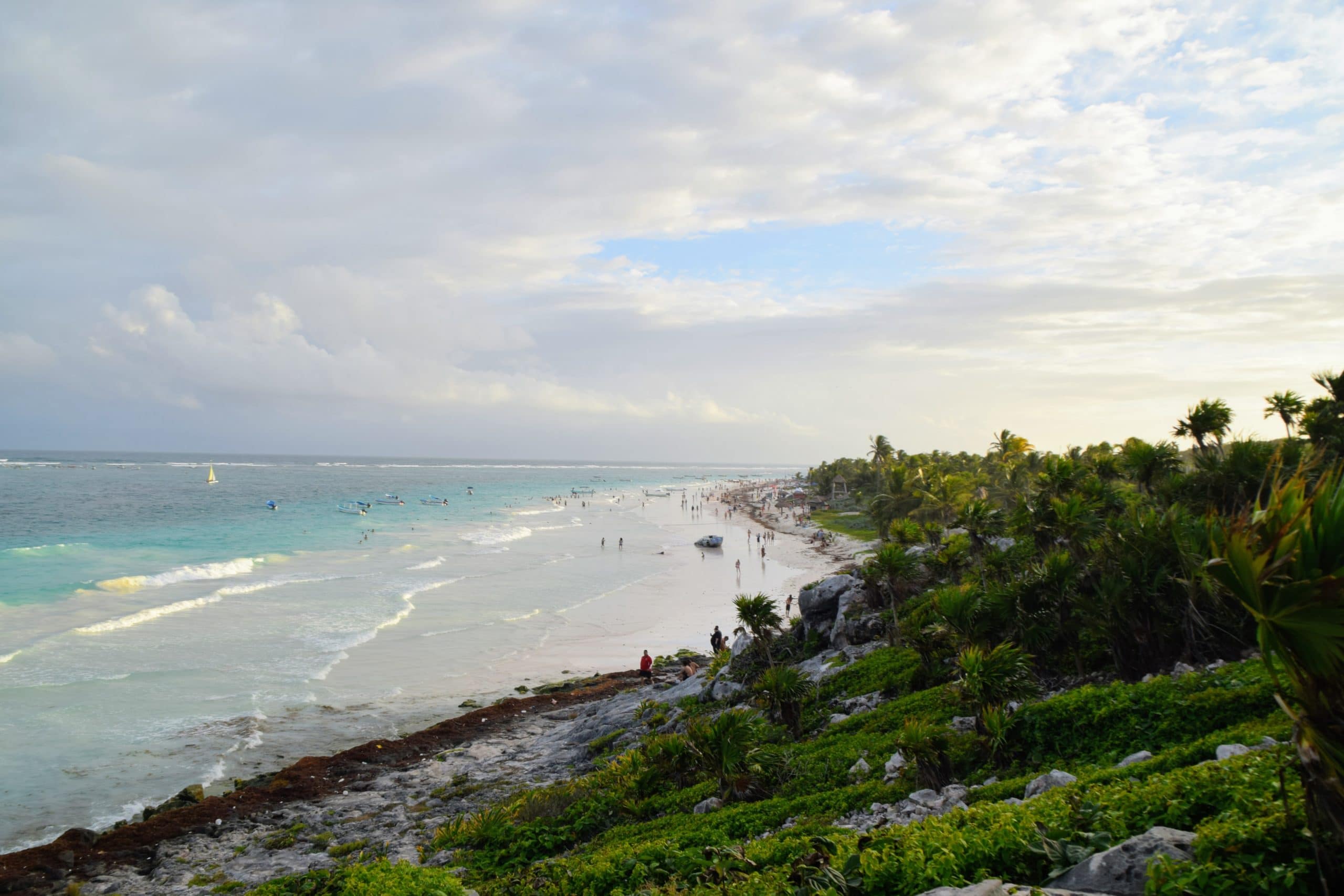 Top 10 Things To Do in Tulum 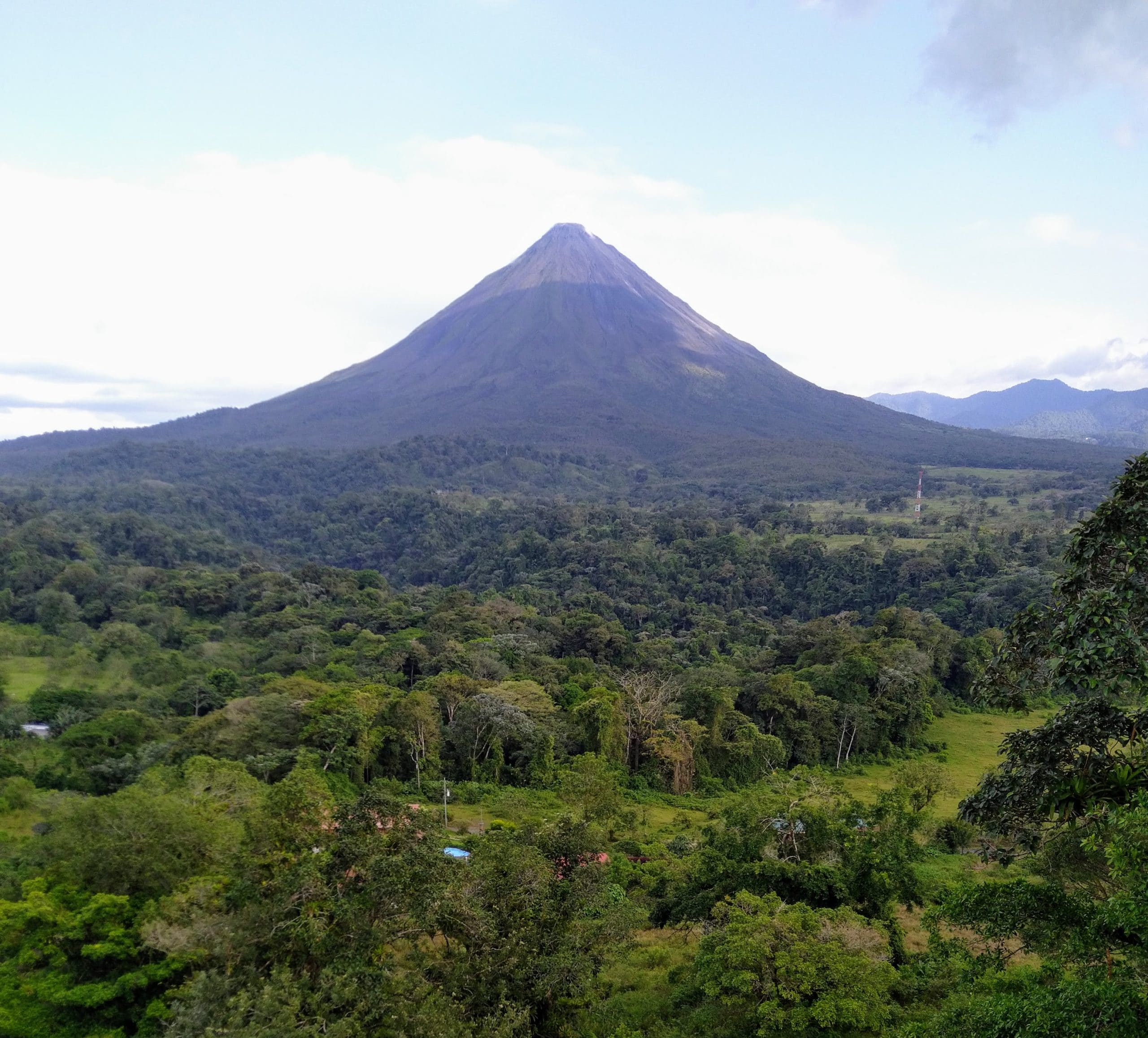 Costa Rica in the heights- Mountains and volcanoes 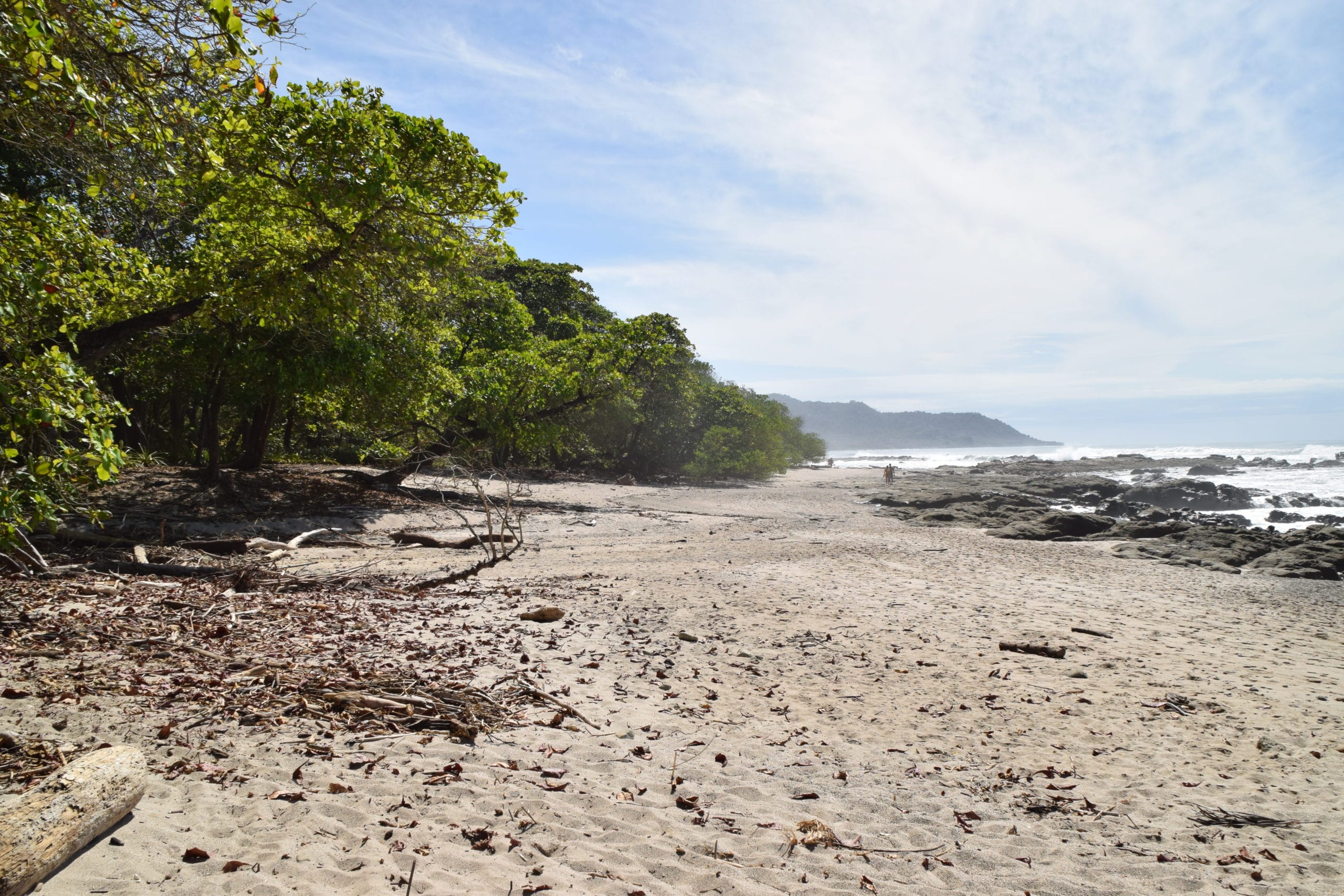 Costa Rica – Something for Everyone